Evidence of housing price and neighborhood polarization in Columbus, Ohio

Evidence of housing price and neighborhood polarization in Columbus, Ohio 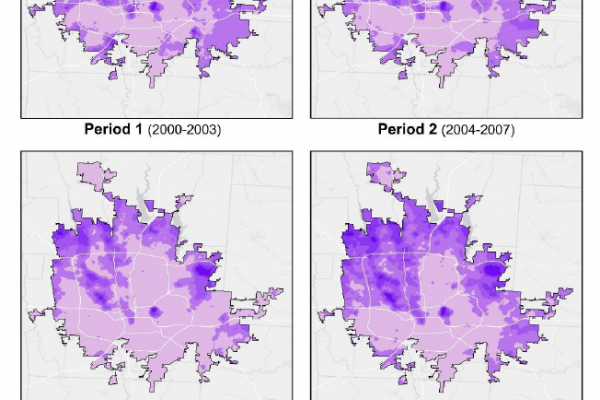 Urban spatial structure in the United States has been changing in recent decades. A notable trend is increasing social and spatial polarization among neighborhoods within the cities. For a better policy and planning implication, understanding how and where the urban polarization is happening is important.

To support this, the Center for Urban and Regional Analysis (CURA) investigated the spatial polarization of housing prices and neighborhood values in Columbus, Ohio, from 2000 to 2015 using a high resolution housing transactions database provided by CoreLogic (https://www.corelogic.com/).

Our analysis results can provide important insights to government officials, urban planners, and policymakers, allowing for optimal policy to be implemented in an effort to mitigate urban inequality issues.

Possible reactions include direct investments in low-valued neighborhoods that can spark a self-reinforcing development process.

For example, our analysis can help to justify purposeful public policy and service program investments (e.g., job market training program) in low-valued neighborhood locations to offset the self-reinforcing effects that can otherwise make these neighborhoods worse off over time.

In the News
Research
Projects
Share on Social Media