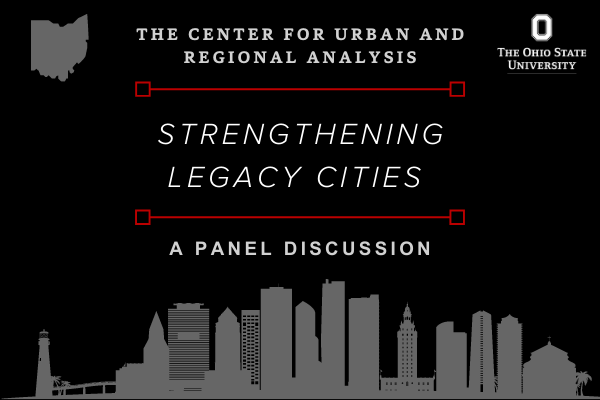 Legacy cities such as Cleveland, Youngstown and Akron, (Ohio), Buffalo (New York), Leipzig (Germany) and Manchester (UK) face major challenges in the 21st century economy, including loss of economic base, aging infrastructure, social polarization and continued sprawl despite population stabilization. Ohio’s legacy cities have many highly-sought features such as dense, walkable centers, abundant and affordable housing and infrastructure, and closely-knit communities and skilled workers from their industrial past and immigration history. How can legacy cities leverage these assets to restore their economic vitality while promoting a socially just and sustainable communities?

Tune into the webinar to hear perspectives of our panelists!